here i am again with my fixation on Japanese culture. but i cannot resist posting how they interpret 'cute', it's like they invented the word! here are random illustrations, packaging, and whathaveyou's that define the word

i cringe now when i admit that i watched Sailor Moon and Yuu Yuu Hakusho, but never for Ranma 1/2, Peter Pan (by Saban, yes, it's an anime!), Trapp Family Singers! Yes, i'm proud to admit that my taste in anime has improved. i don't watch all anime, but "feel" or screen them first because i don't have the time to watch all of them now with a 5-y.o. son in tow. generally, i take the animation style, story line, dialogue, humor, into consideration in watching anime, so not all of them pass my standards. i'm behind with the anime-world, the last anime i watched that was worthy of my time was Soul Eater, which i enjoyed immensely. before that was Full Metal Alchemist Brotherhood, which was definitely better than the first series.


also i have let my love for this genre of cartoons/art to permeate my son's world through Hayao Miyazaki's films, namely Tonari no Totoro, and Ponyo. my son just loves Ponyo (and so do i!) probably because he can relate to the age of the protagonist, Sosuke. Miyazaki's films are my first pick when it comes to kiddie films, minus Mononoke Hime for its violence, but can be watched later on as it instills good values about the environment :)

i hope the Japanese get to make more interesting anime, rather than the usual fighting/tournament types which are so a decade ago. for now, i shall look for more classics for my son to watch :)
Posted by Unknown at 3:43 PM 2 comments:

i love these pairings of children's books and clothes!

i'm definitely following this blog!
Posted by Unknown at 3:49 PM No comments:

found a very interesting read (again! well, gallery morelike) on etsy about workspaces of famous people. i envy them having a specific space to hone their craft! i definitely need to make one of mine when i finally have my own home.
Posted by Unknown at 3:30 PM No comments:

i am currently hooked on etsy! i just love the quirky and one of kind stuff they have over there. here's a sneak peek into my tastes upon taking their Taste Test.
also, i'm thinking of setting up shop on etsy, but this i will have to contemplate on first.
Posted by Unknown at 1:48 PM No comments:

not necessarily about Popkin! but nonetheless a very good read about toys: http://www.etsy.com/storque/handmade-life/keeping-the-play-alive-12325/

now i feel guilty for succumbing to consumerism through commercial toys. in the philippines, however, there are few options for hand-made toys. either they are not readily available, or they're shockingly expensive! but i cannot help but agree with this article. toys are meant to spark the creativity in the child, to inspire. so i recommend if you have the money or opportunity to buy hand-made toys, do so! or make one yourself :)
Posted by Unknown at 5:06 PM No comments:

i have been checking out some blogs lately which led to some tinkering of this site to bring out more of Popkin!'s personality. i'm very happy with the outcome (with a grin from ear to ear) and i hope friends of Popkin! are too!

now, back to the drawing board (yes i know, i don't post my works regularly) for more designs... i have puchased some blank canvas bags last year and have been contemplating on what to draw on them. while checking out etsy and eat drink chic, now i know what to do with them. stay tuned!
Posted by Unknown at 6:24 PM No comments:

i fell in love with The Secrets of the Immortal Nicholas Flamel series, a fantastic work of urban fantasy by Michael Scott last 2009. he has fused together cultures, myths and legends so seamlessly you'd think he was the creator of these stories.


now i am waiting for The Warlock (May seems too far away!). and as i am waiting for the fifth installment, i decided to make some shirts (previously, i made The Morrigan) along the way. Meet Bastet. 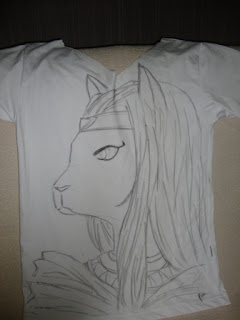 Posted by Unknown at 2:22 PM No comments:

New designs for bibs! prices at par with the terry cloth ones :) order up!

Posted by Unknown at 6:44 PM No comments: 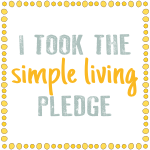 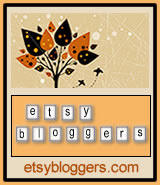 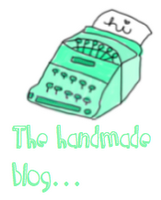